The EU ErP Directive for fans 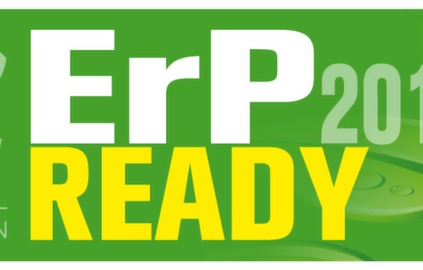 Is your organization aware of the current EU Directive for energy efficiency levels of ventilation and refrigeration products?
Aren’t you sure whether the Directive applies to your products?
Do you need support to select the right ErP-compliant axial fans for your applications?
Thanks to its 30-year experience in ventilation, and our knowledgeable technical team, HW Ventilation has been extensively investigating the ErP Directive and is now able to offer you full assistance with this very topic.
HW Ventilation verified compliance of their products with the Directive through thorough testing in our Wind Tunnel.

If you need support, we can also run performance tests to analyze your product characteristics and advice on the steps you should take in order to be compliant with the requirements of the Directive.

Signing the Kyoto Protocol, the European Union committed to reach the so-called 20-20-20 target, that is: 20% less CO2 emissions, 20% less energy consumption, 20% more energy from renewable sources by year 2020.
The ErP (Energy related Products) 2009/125/CE Directive – formerly EuP (Energy using Products) 2005/32/CE – is one important measure undertaken by the EU to achieve the goals agreed in Kyoto.
The ErP, also referred to as the European eco-design directive, sets minimum energy efficiency requirements for energy-related products which are manufactured or imported in the European Union.

How does the ErP Directive apply to fans?

Electrical motors are strictly regulated by  EU Commission Regulation 640/2009. This regulation, entered into force on June 16, 2011, sets the nominal minimum efficiency requirements (IE2 level) for electrical motors with a rated output power between  0,75kW and 375kW. From January 1 2015 the minimum efficiency of such motors shall meet at least the criteria set with the IE3 level, or those set with the IE2 level for motors assembled, installed, manufactured or used with variable speed drives.

The ErP Directive decrees that companies supplying fans to the final customer are responsible for complying with EU Commission Regulation 327/11. The Regulation demands minimum efficiencies to meet overall efficiency levels of the fan, motor and driving arrangement. Both the fan and motor directives have to be taken into account when evaluating whether the required minimum efficiency levels are met.

In terms of the timing, the Regulation is defined in two stages, characterized by increasing required efficiency levels. Tier 1 started on January 1, 2013, tier 2 will start from January 1, 2015. In tier 1 existing installations are not affected by the Regulation. However, there is a period of time for the changeover of replacement fans. This means that fans that are non-compliant with the ErP Directive may be installed as retrofits up to December 31, 2014, although with effect from January 1, 2015, these fans will also have to comply with the requirements of the ErP Directive.

Which fans are affected by ErP Directive?

What products are exempted?

HW Ventilation has thoroughly performed testing activities on its fans and ventilators to verify whether or not their performance levels are in compliance with the ErP Directive.

We are pleased to announce that almost every impeller and ventilator of our portfolio has passed the tests and meet or exceed ErP 2015 requirements. For the few impellers which are not compliant with the Directive, we have developed alternative solutions.

All the data we collected are stored into our fan selection software, so that it will be easy for you to select those axial fans which comply with the Regulation.

How can HW Ventilation help you with ErP?

Since all our products have been tested at our wind tunnel, we can provide you all the performance data you can use to select the best combination of fans to suit your needs. A user-friendly fan selection software, downloadable through our website  will soon be available for this scope.

Should you already have your own axial impellers and want to test whether they are compliant to the ErP requirements, we offer to you the possibility to use our wind tunnel, designed to AMCA 210/07 standard.